In the traditional sense, the reasons for using candles come from religion, culture, life needs and other reasons. The global consumer demand for candle products has been stable for a long time and has a certain growth trend. But in the 21st century, the candle market is also quietly changing! The author also talks about the prospects of the wholesale market for scented candles based on years of experience in the wax art industry.
As mentioned above, traditionally, candles are generally used for religious, cultural and daily needs. At the moment, the candles purchased at the retail end are excluded from traditional use. Modern candles are more developed in the direction of aromatherapy candles and wax art. The following author introduces to you a real case of the successful transformation of an offline traditional candle manufacturer like the aromatherapy candle:
This is a candle products manufacturer in Shanghai. In the early years, it produced traditional candle products, mainly for domestic sales and retail, and it can be regarded as a daily gain. But since China joined the WTO in 2002, market competition has become increasingly fierce, and performance has also fallen day by day. In fact, friends who know marketing will definitely say that this is not very normal. From the growth period to the mature period, the company at that time is considered to have entered a period of recession. At this time, either transform to new products or quickly take money and leave. At first, the boss thought that he would earn enough to go home for the elderly for so many years, but he couldn’t bear to see that his employees who had been with him for many years were about to lose their jobs, so he made up his mind to consider transformation. But after all, it’s not that simple to transform. After many deliberations to no avail, he found a new path!
It doesn’t count as a new road. This is a scene encountered when traveling abroad: the boss’s child is studying abroad. On Christmas Eve, the boss and his wife flew to the United States to visit their daughter. When I was on the shopping street, I saw a wax art shop, and the owner came in to take a look out of curiosity. It’s hard to see. The decoration and design of the shop are very exquisite. The difference from ordinary traditional candles is that these candles can still have a floral fragrance after being lit. And the price is staggering. A candle that looks no different from your own candle except for the different color can actually sell for $30! It is a astronomical candle in RMB equivalent to one hundred yuan! Does anyone buy this too? The boss continued to consult with the owner, and upon asking, he knew that this was the most popular scented candle in the United States at that time. Many white-collar workers and industry elites spend money to buy such candles. And many people in the hotel, restaurant, and wedding industries buy in batches to create the atmosphere of the scene. At that time, almost all restaurants that could light this kind of candles were expensive! The owner of the candle factory who has been in business for many years has found a business opportunity with his years of business sense: a scented candle that is not difficult to make can be sold at a high price, why can’t we do it? For this reason, the boss bought all kinds of candles and hurried back to the country for research, and finally developed candles with the same smell, color and quality and exported them to Europe and the United States, creating a new era for the company!
In fact, it is not difficult to see from this case that candles are no longer just a daily necessities in the traditional sense. More reflected in other places! As for the “new version” of the candle industry, the overall development trend will be more life-oriented, which is the so-called ideal life state. However, as of 2013, there are few candle manufacturers engaged in mass and specialized production in the market, and Kujia Home Furnishing.com is one of the few wholesalers with strong strength.
In fact, for people in developed countries, the previous introduction also mentioned that scented candles in Europe and the United States are already common supplies in white-collar life. Most of them are used to observe and appreciate, change the atmosphere of the home, aromatherapy, and create fragrance, etc., while scented candles It is still a blank market in China. There are almost no competitors, and the market potential is huge! 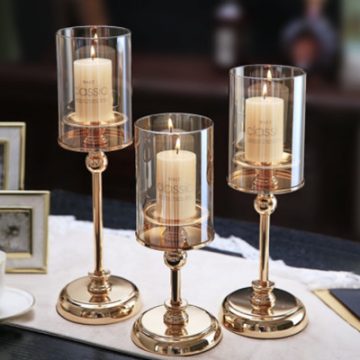